Ireland is justifiable almost in lock-down to prevent the spread of coronavirus. Yet hundreds of US soldiers travelling from coronavirus affected areas in the Middle East, Europe and the USA are landing at Shannon Airport, entering the airport terminal building, and mingling with civilian airport passengers and airport workers, including a number of Aer Lingus and Ryanair flights. US President Trump has banned all flights from Europe including Ireland, but not flights taking US soldiers through Shannon.

A Shannonwatch member went to Shannon Airport this morning knowing that some US military flights were due. He photographed three Omni Air planes. 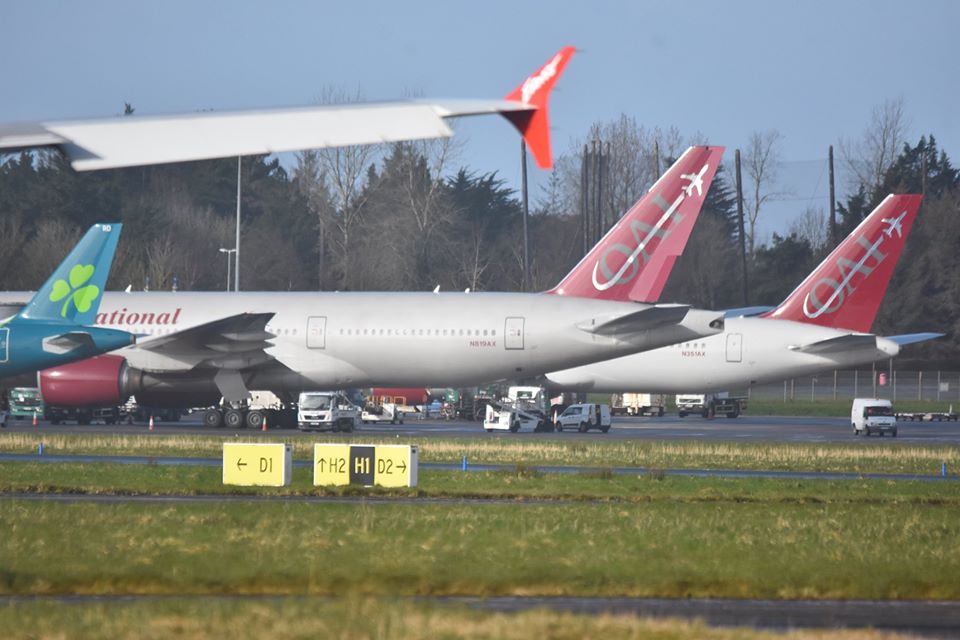 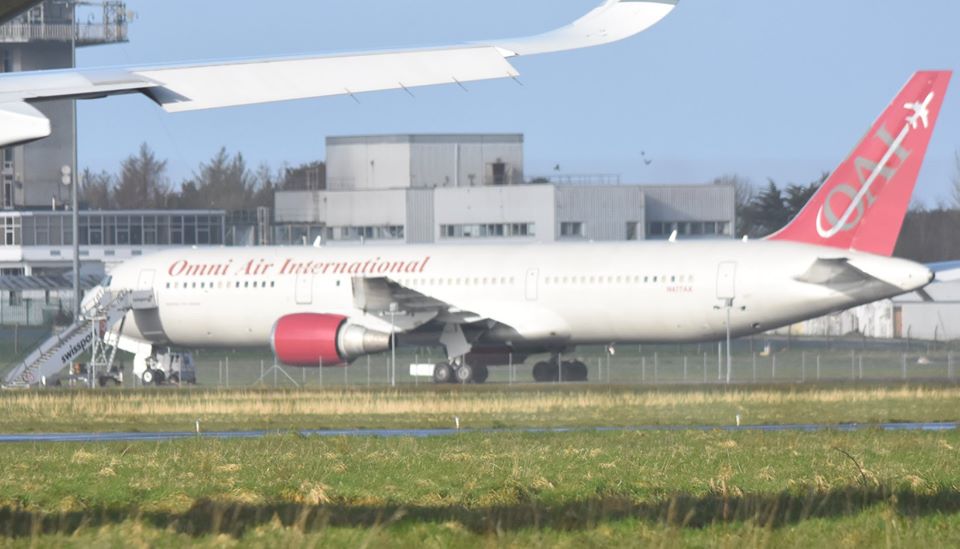 The surge of US troops through Shannon Airport continues today, and has been going on since at least last Friday. We tracked the following military contracted planes:

Peace activists Colm Roddy and Dave Donnellan went on trial at Court 7 Dublin Circuit Court today, 2nd March,  almost four years after they entered Shannon Airport to attempt to search and investigate US military aircraft that were on their way to and from US wars in the Middle East. They are charged with causing criminal damage to the airport fence and to the runway.

This weekend there has seen a serious surge of US troops passing through Shannon airport.

On Friday and Saturday 28 and 29 Feb Omni Air US troop carriers N378AX, N477AX and N819AX passed through Shannon both ways to and from the Middle East.

According to its Department of Foreign Affairs, Ireland’s foreign policy is based on a set of core principles that include the maintenance of peace and security as enshrined in the UN Charter; promoting and protecting Ireland’s interests abroad; respect for and the promotion of human rights; and a commitment to the rule of international law. Over the past two decades these commitments have been eroded however. This has been particularly evident in two key areas. The first is Ireland’s participation in the European Union's Permanent Structured Cooperation initiative on security and defence (PESCO). This is the part of the EU’s security and defence policy (CSDP) in which 25 of the 27 national armed forces pursue structural integration. PESCO member states are expected to increase defence budgets, provide troops for use in EU Battle-Groups, and join “structures partaking in European external action in the military field”[1]. The second clear and obvious breach of Ireland’s commitment to the maintenance of peace and the rule of international law is the ongoing use of Shannon Airport on the west coast by the US military. The effective transformation of Shannon into a US forward operating base in 2002/2003 was, and still is, deeply offensive to the majority of Irish people. In allowing it to be used for the illegal invasion and occupation of Iraq, the Irish government at the time was guided more by a desire to accede to the demands of the Bush administration than to serve the interests or wishes of its own people. Almost two decades later, US military and military contracted planes still pass through Shannon on a daily basis.

Omni Air US troop carrier N846AX arrived at Shannon from Kuwait early this morning, refuelled and took off again at 5.45am heading for Pope Air force base in North Carolina.

Also heading in the opposite direction is Omni Air US troop carrier N378AX coming from Fort Hood Texas - due to land at Shannon about 2.20pm this afternoon.

Photo shows both of these aircraft together at Shannon on 15th December last. 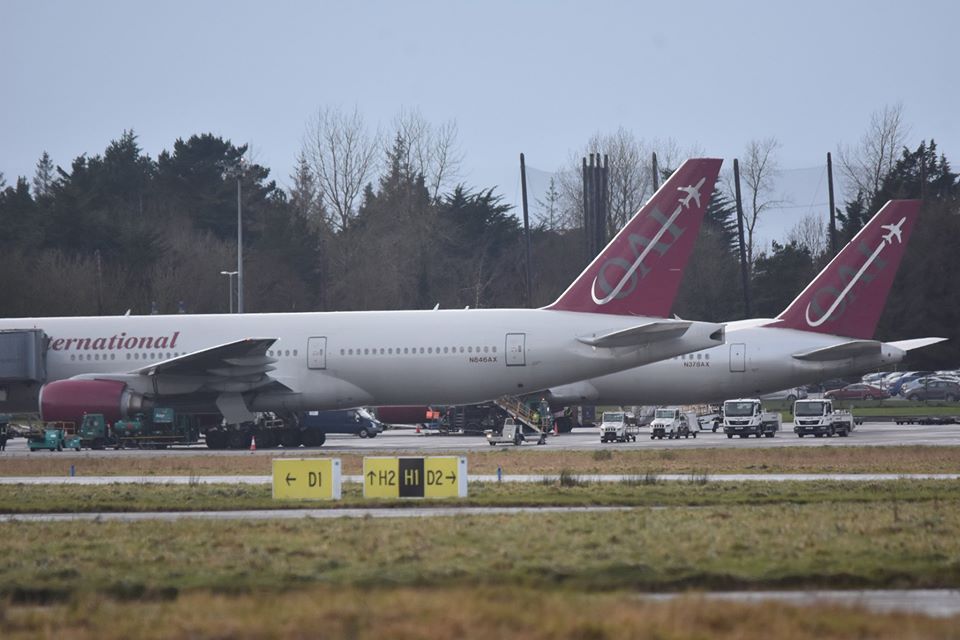 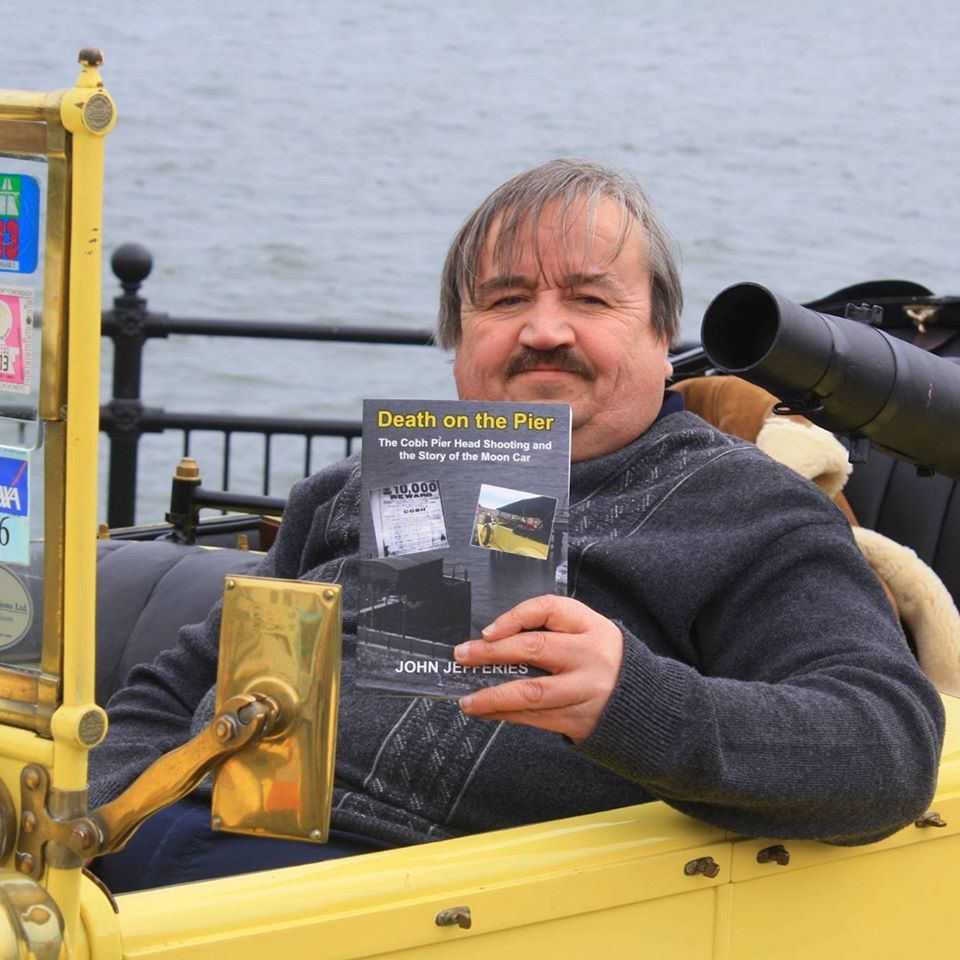 thanks to our dozen committed peace activists who turned out for the Shannonwatch peace vigil today in spite of dreadful weather, with a storm blowing and heavy rain.

The photo was taken as we ended our vigil and after several activist had left, including octogenarian Margaretta D'Arcy who travelled from Galway by bus. Spare a though and a prayer for migrants who endure even worse weather conditions in grossly inadequate concentration camps.

Omni Air number N378AX arrived at Shannon Airport early this morning having collected US troops from Robert Gray air base in Texas and from Pope air base in North Carolina. It has since flown on to deliver these US troops to Kuwait and to Al Udeid air base (which is the biggest US air base in the Middle East).