US Air Force Combat Search and Rescue Comes to Shannon 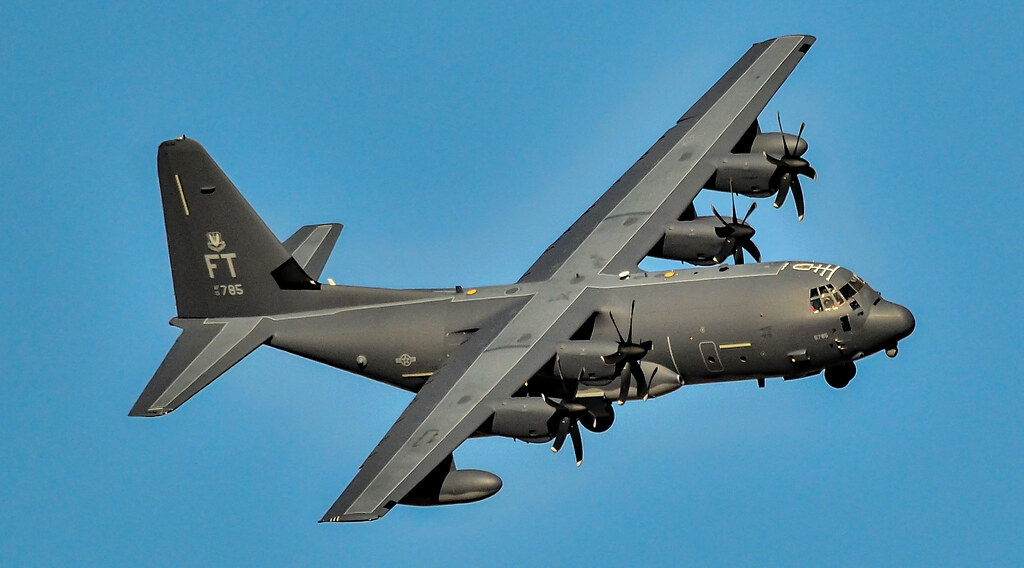 On Saturday evening, October 3rd, two grey military looking planes landed at Shannon just before 6pm.  They were both what are called "Combat King II" Hercules HC-130J's operated by the US Air Force. The registration numbers were 11-5765 & 12-5773.

The planes both took off this Monday morning (October 5th) at 9.30am.

The planes carried a "Reach" or RCH call sign which means they were Air Force Air Mobility Command planes. Typically only military transport aircraft, including troop transport, use this call sign.

The HC-130J's have modifications for in-flight refueling of helicopters and tilt-rotor aircraft. The ones that landed at Shannon called Combat King II's are also capable of themselves being refueled in flight.

So what about the 2 planes themselves? Well 12-5773 is operated by the 71st Rescue Squadron which is part of the 347th Rescue Group at Moody Air Force Base, Georgia. This squadron is described as a combat search and rescue squadron that "deploys expeditionary forces to execute personnel recovery operations worldwide to support theater commanders to advance national security interests."

11-5765 is another Combat King II Hercules, also operated by the 347th Rescue Group.

So what does that mean in practice? Well CSAR is how the US Air Force rescue military personnel stranded in war zones. According to no less a source than the Curtis E. LeMay Center for Doctrine Development and Education which describes itself as the principle organization for developing and assessing Air Force doctrine and advocating airpower doctrine in Joint & multinational arenas

"The Air Force organizes, trains, and equips unique forces that focus specifically on personnel recovery (PR). When PR assets cannot avoid the threat on their own, other assets can be employed to protect the recovery forces thereby permitting PR to proceed with the best chance of success. CSAR represents the Air Force’s method for PR in both denied and hostile environments. CSAR is often the only feasible means the Air Force has to execute PR. While PR is not limited to combat operations, CSAR, by definition, is a combat task and not conducted in humanitarian assistance, civil SAR or casualty evacuation (CASEVAC)."

That got very technical but the important bit needs to be repeated ...

CSAR is a combat task and is not conducted in humanitarian assistance, civil search and rescue, or casualty evacuation.

So, Micheal Martin, Simon Coveney and everyone else in government, how do you explain why two planes that only do combat missions were sitting at Shannon for a day and a half, while the US Air Force personnel were resting up at a nearby hotel, despite Covid-19 travel restrictions?

And are you still pretending that the US military planes landing at Shannon are not involved in military operations or exercises?