Peaceful Protest and the State's Heavy-Handed Response at Shannon

The October peace vigil at Shannon on Sunday 9th was a peaceful, dignified affair as always. Almost 20 people gathered to express their opposition to the ongoing US military use of the airport. Some were local, while others travelled from Cork, Galway and elsewhere to join the protest. 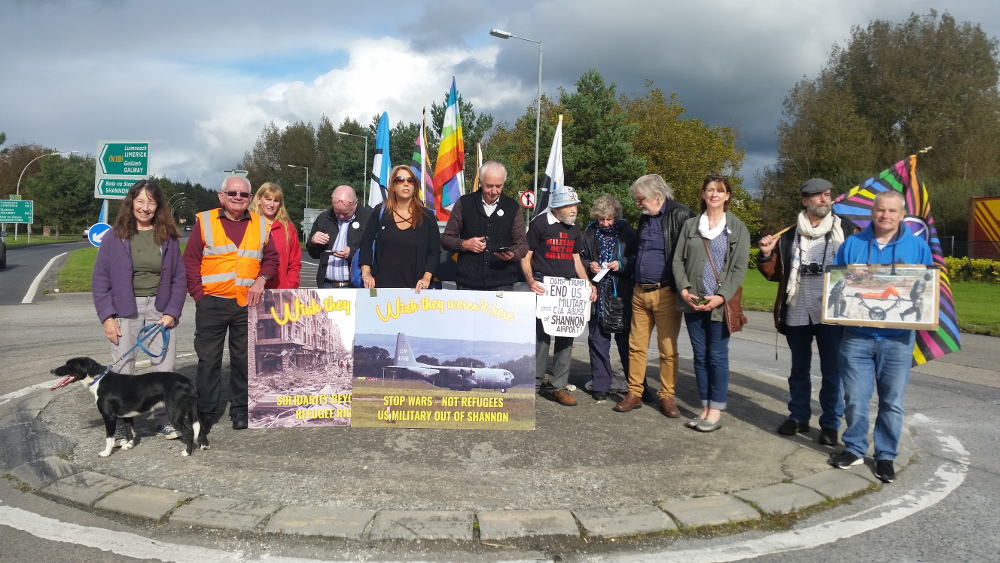 A group of the peace vigil attendees at Shannon

At the same time an Omni Air International troop carrier sat parked at Gate 42. It was being refuelled by Top Oil, a company whose website claims that communities are important to them and that they are driven to "achieving more for all our customers". Clearly Top Oil cares more about the US military war machine as a customer than it does about the communities whose lives it is destroying. 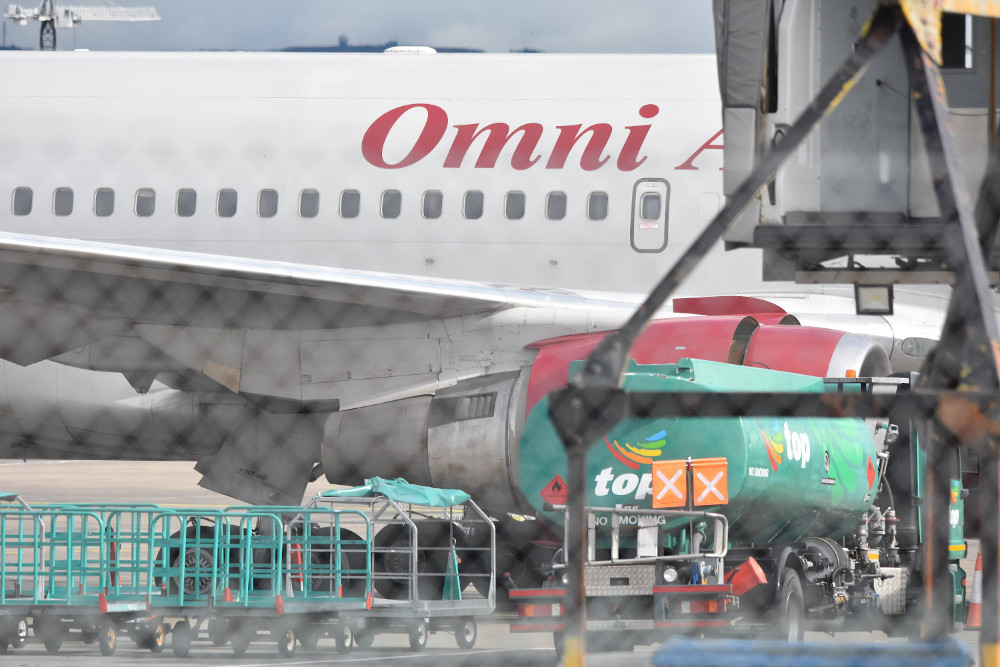 But while the peace vigil itself was a dignified affair, the same could not be said of the Gardai and Airport Police who appeared intent on harassing, questioning and threatening peace activists. Of course they denied that they were threatening; they were just "making promises" as one officer put it. Bizzarely the same officer also said he was there for the same reasons as the peace activists, which was "peace". When asked why he had not inspected US military planes to ensure they weren't carrying weapons he didn't answer.

Shannonwatch and other organisations have been monitoring and asking questions about these planes for years. It may be irking the Gardai and their masters in the Department of Foreign Affairs that we haven't gone away. Instead we continue to expose the lies, or to use another of the authorities' euphemisms, the "administrative errors" that have characterised the US military use of Shannon Airport since 2002.

On Sunday it seemed like the Gardai were either under instruction to harass and intimidate peace activists, or else there was a collective anger about something amongst them. The cause of this anger might be our constant reminders that they are failing to do their duty when they turn a blind eye to the warplanes, rendition aircraft and war criminals that pass through Shannon. Or it might be down to the Americans giving them a hard time about the attention their use of the airport is attracting.

Sixteen consecutive years of peaceful demonstration and direct non violent action is hard to ignore, especially when it could lead to a change in a country's support for war.

Or perhaps the anger is because the rank and file Gardai really don't want to be doing what they're told to do by Garda management. Perhaps they are angry at being instructed to undermine peaceful opposition to a policy that has already resulted in untold suffering and loss of life. The number of Iraqi deaths due to the US invasion which Shannon Airport supported is estimated to be over 1.4 million. Countless rendition flights have gone through the airport. Weapons have been seen on board US military planes despite government claims that they are unarmed. And not a single attempt has been made by the Gardai to inspect these planes.

We've been told by some Gardai that they are under instruction not to inspect the US planes. And we have no reason to believe this is untrue. 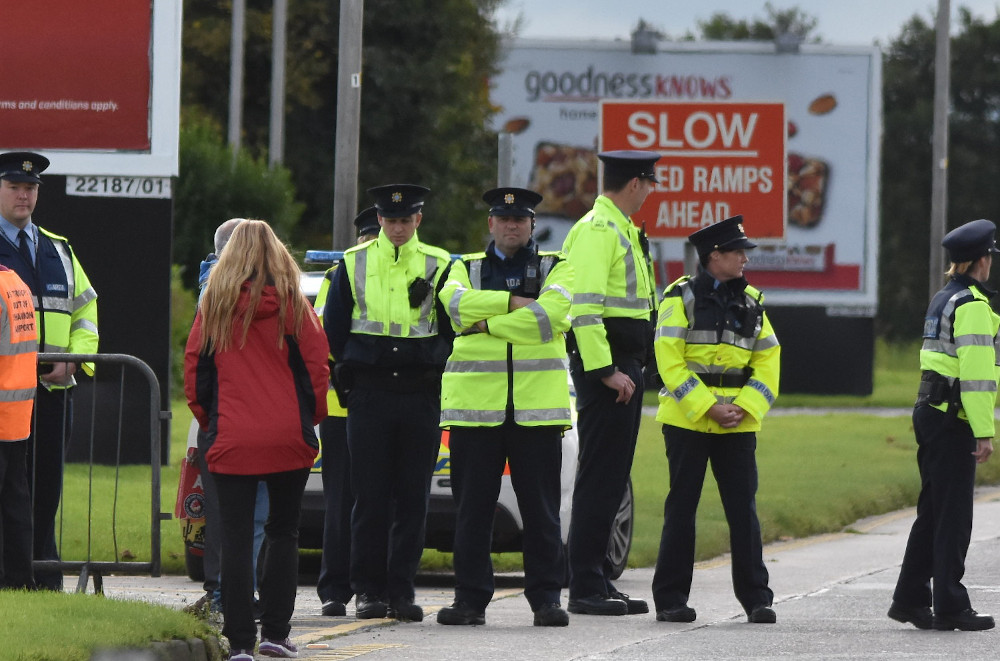 Today the Shannon Gardai checked activists' licenses, in some cases multiple times. They told people who were safely and legally parked to move or they would be arrested or prosecuted. They even went as far as issuing unreasonable and unnecessary penalties to a number of activists.

Despite all that has come to light about the treatment of whistleblowers within the Gardai, and despite serious concerns over the evidence given by members of the force at the recent Jobstown trial, they continue to behave as though the law did not apply to them. They refuse to answer questions, and appear to believe that bullying and aggressive behaviour by an officer is acceptable. In this they act as one. Their actions at Shannon were not individual or isolated acts of frustration or over-enthusiasm; they were part of a pattern that has prevailed in Ireland for far too long.

Thankfully peace activists at Shannon made detailed contemporaneous notes. Who knows when they will be needed.

Finally, there was one notable exception to the bullying and disrespectable attitude of the Gardai at Shannon today. One young Garda out of the 20 or so encountered by peace activists was polite and courteous. Lets hope she can continue to be a beacon of reason, humanity and integrity within a force that has been sadly lacking in those qualities.