No Answers from the Gardai at Shannon

It was a cold, wet Sunday afternoon at Shannon Airport. Two US Navy aircraft sat on the tarmac; one was a Hercules KC-130T Hercules, registration 164993, the other a C-40 Clipper, registration 168980 (both regular visitors to Shannon). Outside the airport, the regular monthly peace vigil took place as Gardai, with their backs to the US Navy planes, blocked the attendees from entering the airport. 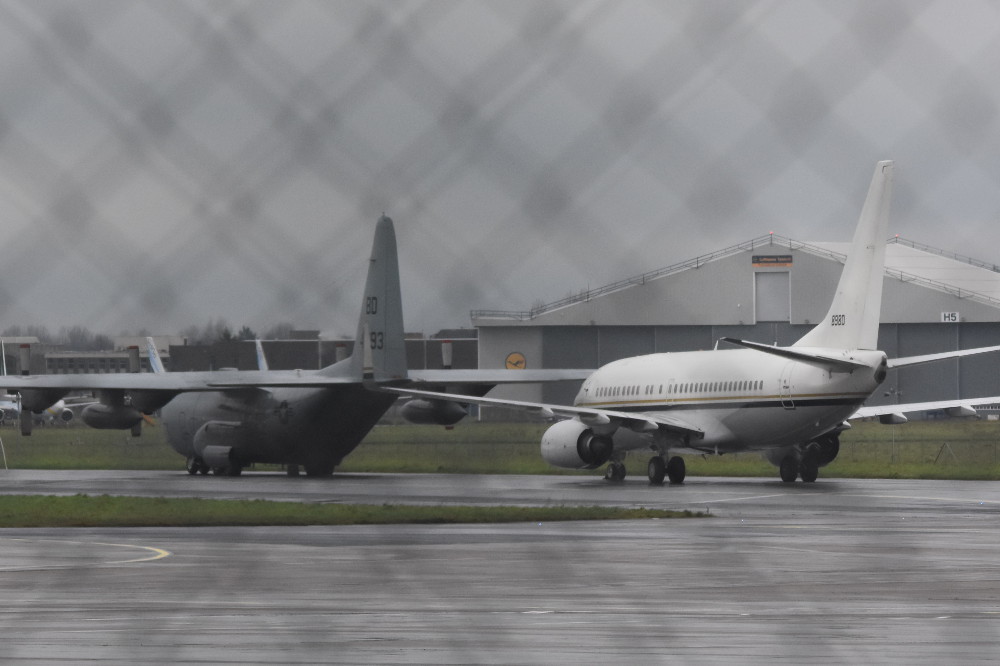 There have been 10 years of monthly peace vigils, all calling on the authorities and the Irish government to inspect US military and CIA planes landing at Shannon. The US military use of Shannon needs to end, in order to restore Ireland's credibility as a neutral state. But in the meantime the inspection of the planes is a necessary step towards re-establishing the Irish authorities' control of our civilian airport.

Shannonwatch members asked the Garda officer in charge at today's peace vigil if the US military planes currently at the airport had been inspected. He said that there were insufficient grounds for doing so, and continued with this line despite being reminded by the Shannonwatch members that (a) we had provided plenty of information to demonstrate the likelihood that there were weapons on board the US military planes (despite "assurances" from the US that there aren't); and (b) it was the Gardai's job to investigate potential breaches of the law. And when asked what would be sufficient grounds for inspection he had no answer. Instead he referred us to the superintendent, saying we should ask him.

We will do that - even though it won't be the first time we've asked. 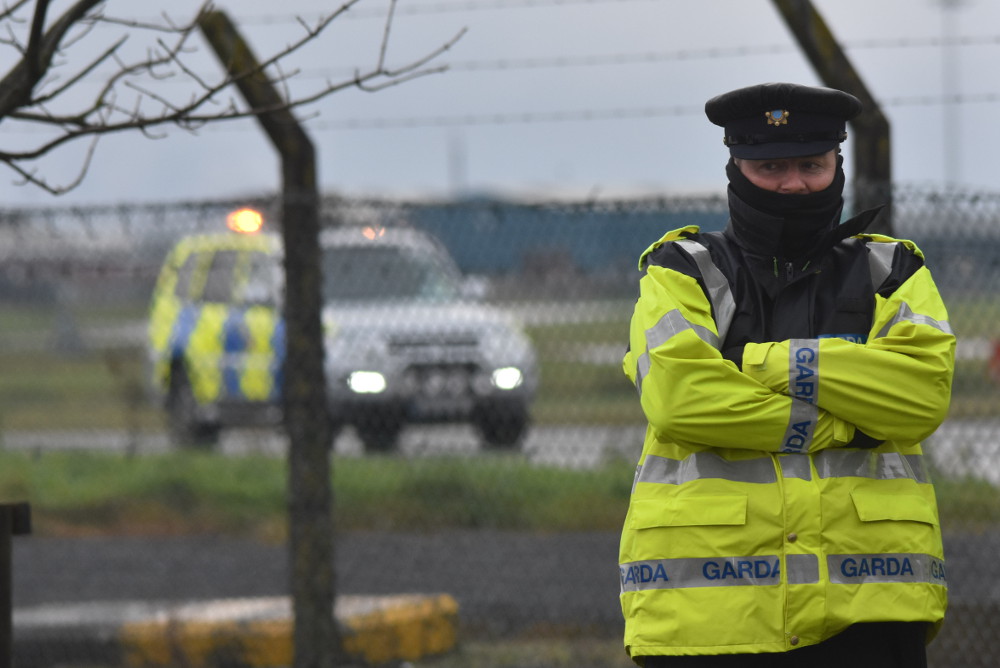 Just two weeks ago Chief Superintendent John Kerins who has overall responsibility for Shannon said that there is “no known threat” to Shannon and that up to seven Gardaí have been assigned to the airport for the last 17 years, since the War in Iraq (see Limerick Post article). They clearly haven't done a very good job, as rendition planes and weapons have been taken through the airport illegally, right under their noses. As for a terrorist threat - the only reason there is one at Shannon is because the US military are there. And the Gardai know that.

When asked what these Gardai have been doing for the last 17 years the officer in charge at the vigil today was again unable or unwilling to answer. Once again he referred us to the superintendent.

Today was international Human Rights Day; a day in which we should be celebrating Ireland's great work towards respecting and protecting human rights. Sadly we cannot do that while the US are allowed to use Shannon Airport for operations that result in the torture, death and displacement of countless numbers of people. The officer's respones today, that inspection of US military planes was not at all straightforward, was quite telling. It would appear that the Gardai are being impeded from doing their duty to detect and prevent crime, and to ensure our nation’s security. The consequences are grave, and the sooner we have some members of the force who can tell the truth about what they are being ordered to do at Shannon the better. 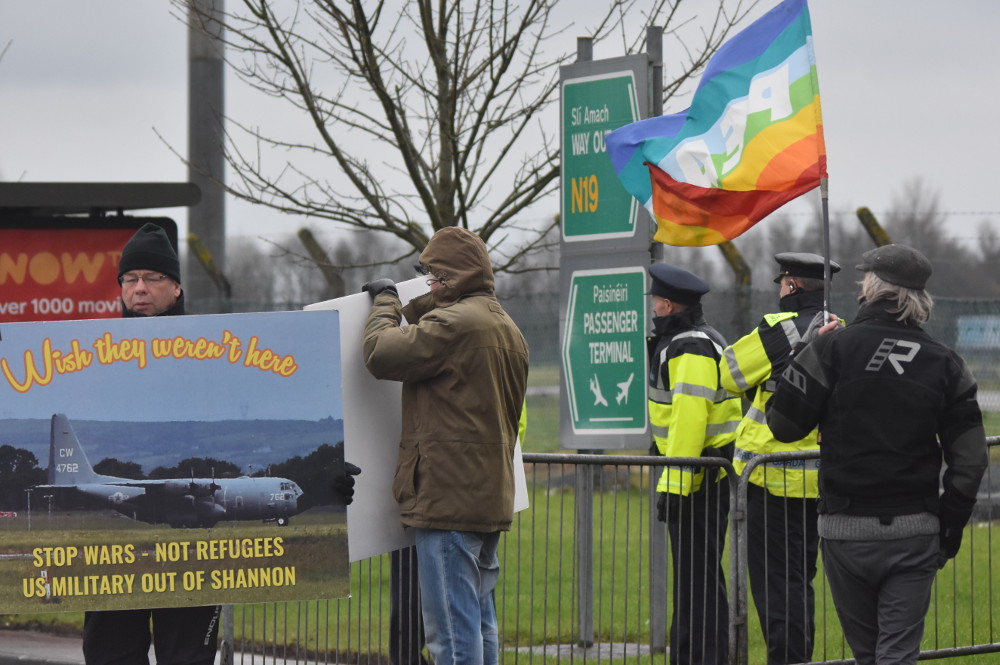