He also reported that the HNLMS Rotterdam arrived in Dublin Port the previous day and berthed at the North Wall Extension next to the Tom Clarke (East-Link) toll-bridge.

We believe that NATO ships should not be allowed Irish ports while it is invovled in wars of aggression in the Middle East. Such visits are almost certainly part of an ongoing propaganda campaign to end Irish neutrality and for Ireland to join NATO and the European Union army.

Photo is reproduced from Afloat.ie and is credited to Port of Cork (Twitter). 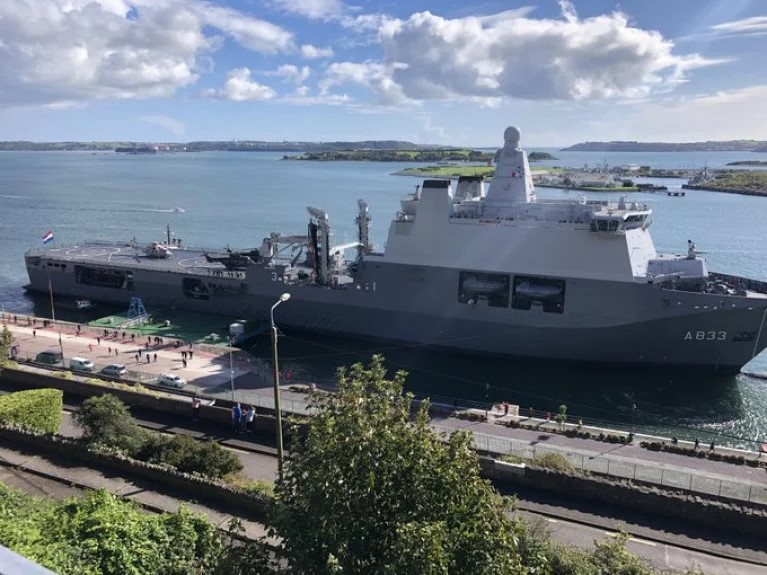 We also have a  photo of peace activist Tony Cronin protesting against this NATO warship at Cobh harbour on Sunday. 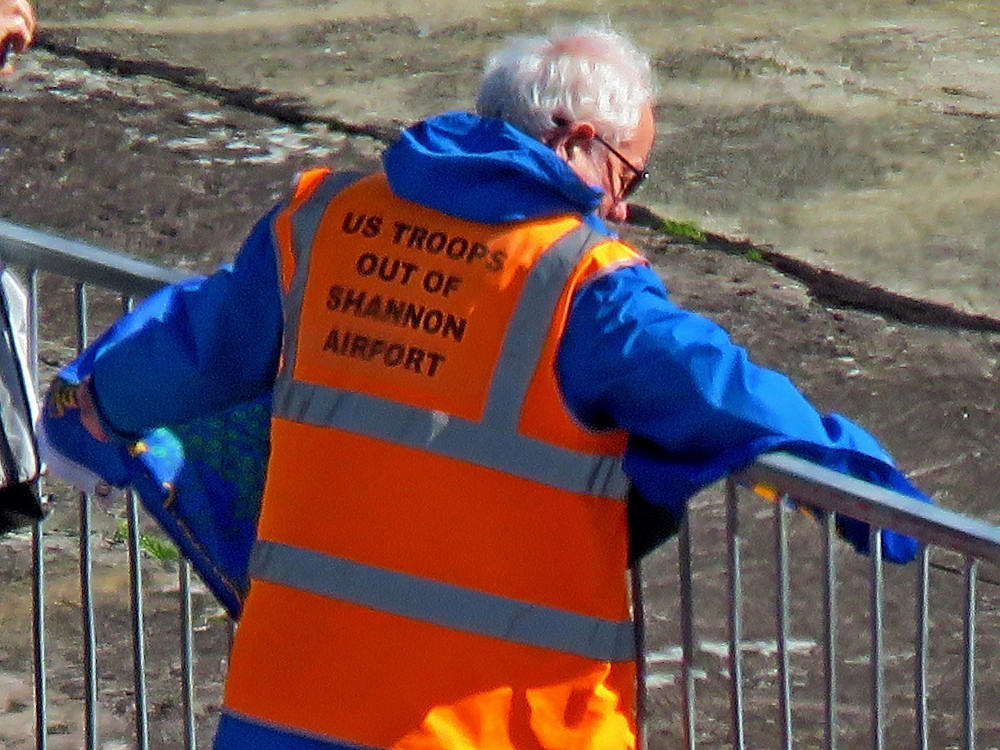 We need more like Tony to maintain the opposition to these ships in Ireland.