Moving on to War not Peace 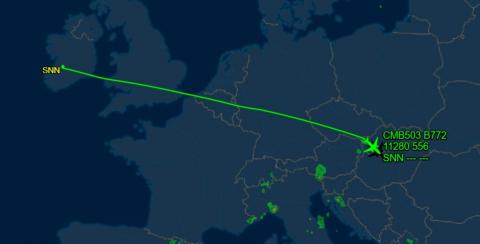 It's now over a week since the publication of Sabina Coyne Higgins' letter to the Irish Times saying that the war between Russia and Ukraine will continue until the leaders of both countries are persuaded to agree a ceasefire and enter negotiations.

Ms Coyne Higgins said that concerned people anxious to live together in peace and sustainability must demand that the war be brought to an end so that lives are saved, there is a lessening of the suffering, and the reconstruction of lives and livelihoods can begin. She has been subjected to unreasonable criticism simply because she called for a negotiated ceasefire. And despite some commentary and reaction, she did not suggest that the Russian invasion was justified in any shape or form.

On Wed last the Taoiseach Micheál Martin played down the reaction to the letter, saying she had clarified her views on Russia’s invasion of its neighbour and it was “time to move on”.

Moving on of course means continuing to support war in parts of the world invaded and occupied by the US.

And right now the us is preparing a new $1 billion weapons package for Ukraine. Will Micheal Martin and the Irish government facilitate that too if asked?

It is important to remember that the Irish Constitution states Ireland's devotion to the ideal of peace and friendly cooperation among nations founded on international justice and morality, as well as its adherence to the principle of the pacific settlement of international disputes by international arbitration or judicial determination. This too appears to be something that Micheal Martin wants to move on from.

Since the first Gulf war in 1991, up to one million children have also died across the wider Middle East as a result of war and sanctions. Now innocent Ukrainian children are being added daily to this dreadful statistic. And with every day that passes, the threat of nuclear war now feels closer.

The Irish government should be using its membership of the UN Security Council to work for peace in Ukraine as they are mandated to do under Article 29 of our Constitution. And they should stop the daily transit of foreign troops through Shannon.

That would be @moving on@ in the right direction - towards peace.