This evening at Shannon Airport we were "honoured" with a visit from the Royal Saudi Air Force. The visitor was one of their Boeing 737s with registration HZ-101. 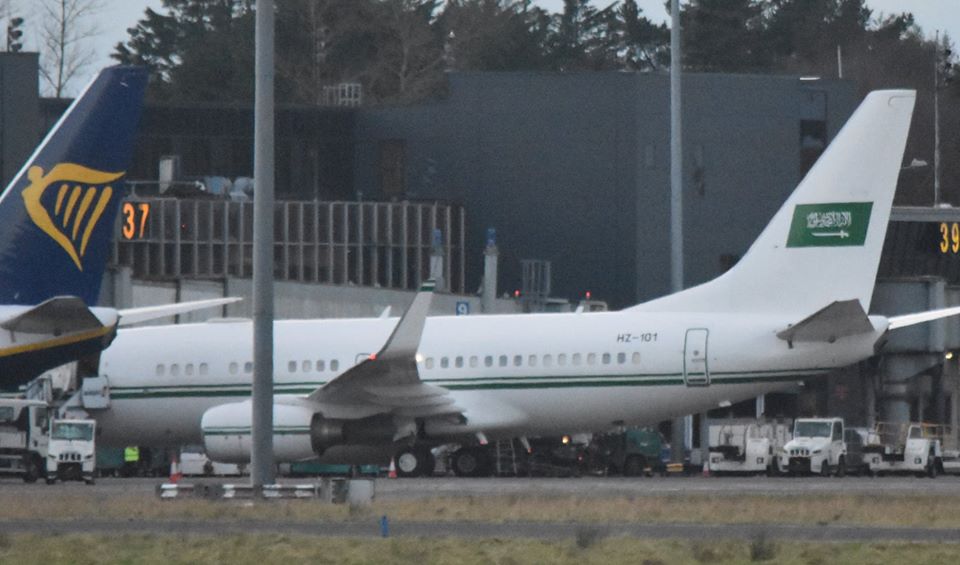 This is the crowd that have been committing genocide in Yemen causing the deaths of up to 100,000 children including by starvation, disease and of course by aerial bombing, supported by the USA and several European Countries who have been "making a killing" selling arms to the Saudis.

This may be a diplomatic flight which means under national law it cannot normally be searched. Bearing in mind that a similar diplomatic flight was used to transport the Saudi "diplomatic" killers of journalist Jamal Khashoggi on October 2 2018, and possibly also to transport his dismembered body back to Saudi Arabia, their presence at Shannon is disturbing.